Saint Etienne have become somewhat of a serial cover mount tribute CD contributor as of late. Roughly 2 months after their Beach Boys cover for Mojo, the band has once again lent their reinterpreting talent to Q’s Amy Winehouse issue. They picked “Just Friends”, their least favourite track on “Back To Black”, for fear of ruining the better ones, but I think they did an excellent job. I could be fooled into thinking it’s a St. Et. original had I not known better. As Louis Walsh would say, they really “made the song their own”.

Preview 30 secs of each track here, though I should warn you it features bits from ‘The Cribs’ and ‘The View’. View the full tracklist after the jump.

END_OF_DOCUMENT_TOKEN_TO_BE_REPLACED

If you happen to subscribe to Mojo Magazine, the latest issue comes with a free CD of “Pet Sounds” covers in celebration of the 50th anniversary of The Beach Boys. Saint Etienne contributed their part with a lovely version of the iconic track one “Wouldn’t It Be Nice”. It starts with a lush a cappella intro, then merges into a mellow bossa nova summer groove. It’s definitely something nice to tide me over while waiting impatiently for the new album to come out. It’s not the first time Saint Etienne covered a Beach Boys song, having done “Stevie” for another tribute compilation before.

The next single is “I’ve Got Your Music”, and the new album “Words and Music by Saint Etienne” drops May 29 on Universal UK.
Pre-order the import.
More on Saint Etienne.

REMIXED: Saint Etienne Remix The Pains Of Being Pure At Heart For New EP 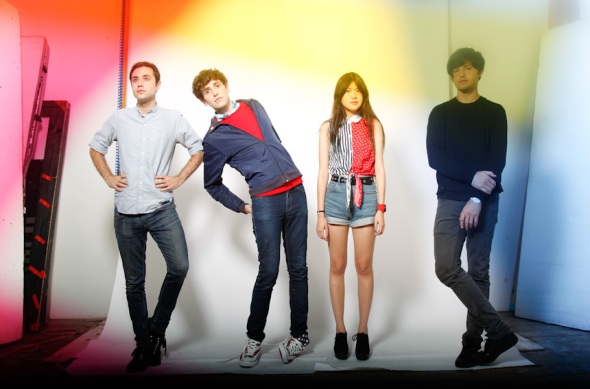 Brooklyn twee-pack The Pains Of Being Pure At Heart are readying a remix EP companion to their 2011 album “Belong”. To be released on limited edition colored vinyl for Record Store Day, “Acid Reflex” consists of 2 previously released mixes by Twin Shadow and Violens, as well as new ones by chillwaver Washed Out and UK indie-pop legend Saint Etienne. The Pains Of Being Pure At Heart have always made excellent music for cold sunshine days, but Saint Etienne went for a more dancefloor-friendly take on album track “Too Tough”. Interestingly, this marks the second time the two bands aligned, as Saint Etienne also did their magic on “Higher Than The Stars” back in 2009. Check out both Saint Etienne mixes below.

STREAM: The Pains of Being Pure At Heart – Too Tough (Saint Etienne Remix)

STREAM: The Pains of Being Pure At Heart – Higher Than The Stars (Saint Etienne Visits Lord Spank Remix)

More on The Pains Of Being Pure At Heart.
More on Record Store Day.

“Tonight is about the anticipation of going to see your favourite group. For some reason, I imagine this show is at the Forum in Kentish Town. The whole album is about the power of pop, how it affects and shapes your life.”

Well, that’s your new pre-concert soundtrack sorted out then.

You can also hear a sneak peek of another new track called “I’ve Got The Music” on Soundcloud (skip to the 1.16 mark). The prospect of a new St. Etienne album full of pop magic is rather exciting, isn’t it? Bob, Pete & Sarah, we are so glad to have you back. 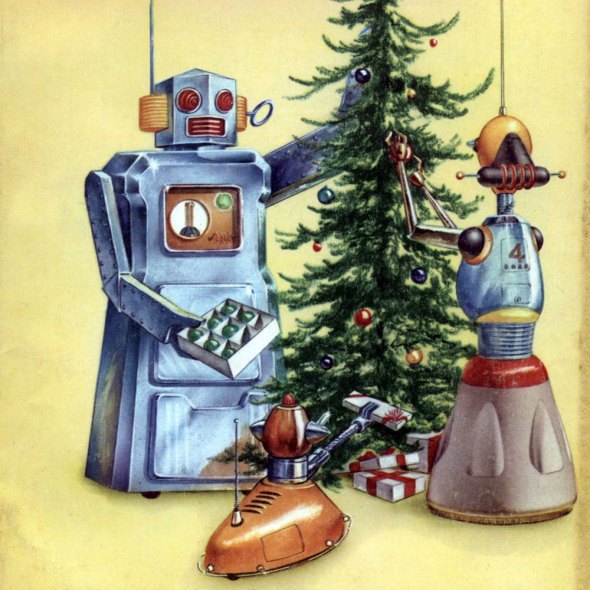 Another batch of holiday tunes, with moods ranging from cheery to eerie. It’s all electric fantastic!