Yesterday, Dermot O’Leary (pictured above in a turtleneck, naturally) had four lovely singing ladies, dubbed his “Choir of Angels”, to spread the holiday cheers on his last radio show before Christmas. Rumer, Ren Harvieu, Emily Baker and Kristina Train (a Radio 2 super girl group right there) joined the host for a chat, then each offered their take on a holiday classic. Disney-noir songstress Ren Harvieu picked Joni Mitchell’s not-so-cheery “River”, which she pulled it off beautifully.

Fellow mellow chanteuse Rumer also chimed in with her own interpretation of Ron Sexsmith’s “Maybe This Christmas”, previously covered by Tracey Thorn.

You can listen to the whole session here if you’d like, starting around the 2:17:00 mark. 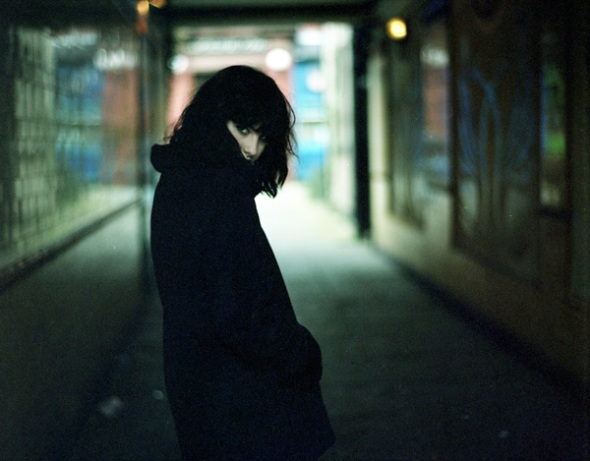 I was first alerted to Ren Harvieu when she was longlisted on the BBC Sound of 2012. Forewarning: she makes music for Radio 2. BUT it’s damn good Lite FM gold. The Mancunian chanteuse possesses an enchanting jazz/soul voice with a drawl that lulls you in effortlessly. Her debut single “Through The Night” is an exquisite, languid, elegant tune, conjuring up an expensive, widescreen kind of sadness. I suddenly found the song creeping its way back into my head on a misty Thursday morning, and it’s been lingering there since. In a nutshell, if you secretly like Rumer but think she’s too mumsy, or have a fondness for Norah Jones circa 2002, then Ren Harvieu is for you. Lovely stuff.

STREAM: Ren Harvieu – Through The Night

“Through The Night” is OUT NOW in the UK.

Watch the video for “Through The Night”.
Buy the single.
Watch her cover Beatles’ “Something” for The Sun Session.
Check out her Soundcloud.
More on Ren.