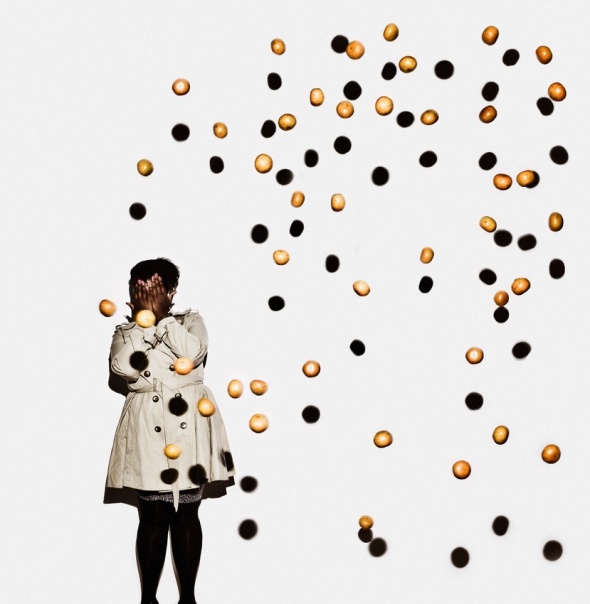 Just before Christmas, CocknBullKid‘s as-yet-unreleased album “Adolescence” surreptitiously surfaced online. I would not even have known, if the British popstrel herself hadn’t pointed it out on her Twitter, and basically condoned her fans for seeking it out. Presumably the prequel to her excellent debut album “Adulthood”, “Adolescence” consists of songs recorded back when she went by her old moniker Thecocknbullkid. Apparently this album was scrapped, but later supposedly planned for a possible release. Her old sound was certainly different then – clashing, clanging, odd but danceable electro-pop with more of a rough edge, paired with her reliably acerbic, dry-witted lyrics. One of my favorites on this album, “Hands”, sounds like a great bridge of the old and new CocknBullKid. Written with Mark Tieku (Florence + The Machine, Nicola Roberts), it’s a sweet tribute to Phil Spector, but with brash synths and a twist – an unapologetic sax solo at the end! The track and the album it’s in are a lovely curveball that I’m glad to have a chance to listen to at last.

And just in case you might be reading this, Anita, if Nicola doesn’t want “Dance The Rain” anymore, take it back for yourself, please! It’s too good to remain a demo.

Buy her music on iTunes.
More on CocknBullKid.

It’s a well-documented fact that British pop songstress CocknBullKid enjoys covering songs. During her live session on Radio 2 with Jo Whiley, the self-proclaimed All Saints fan chose to pay her tribute by contributing her own version of “Pure Shores” to the station’s ongoing Great British Songbook project. And what a brilliant choice/sublime rendition it was! She totally breathed new life into the track. This is bringing back all the memories, bar the unpleasant reminder of how unbelievably shit the original music video was. That unfortunate setback couldn’t taint the classic William-Orbit-produced pop perfection, though. This is not the first time CocknBullKid showed her appreciation for late ’90s R&B either, having covered Destiny’s Child’s “Bills Bills Bills” with Eliza Doolittle before. Did you know Shaznay Lewis actually co-wrote the album track “Distractions”? Surely a duet between the two sounds like a good idea? I would also be genuinely interested in hearing her cover “Black Coffee” next, please. Either of those options would suffice, Anita, I’m not fussy!
You can download her amazing All Saints cover below.

Three months have passed since CocknBullKid‘s solid debut album was released, and it continues to fly under the radar, much to my bewilderment. If my previous posts still haven’t convinced you to try it out yet, maybe one more freebie wouldn’t hurt? The penultimate track on the album, “Dumb”, is now being given away, and it is a stunning slow burner. Get a good pair of headphones, and listen to Anita Blay musing on heartache as layers of synths and strings unravel beautifully. A truly underrated gem, it is.

An official US release is still in the works, but imports are available on Amazon for good value. Watch the video her most recent (and best) single “Yellow” below.

Buy the album (if you’re in UK).
More on CocknBullKid.

Remember that atrocious Little Boots video for “New In Town”? Well, Cocknbullkid‘s video for her latest single “Asthma Attack” is like that, except not shit.

That was directed by Mike Baldwin, who also did Royksopp’s “The Girl And The Robot”. I quite like the blinking wreath she put on at the end. I wouldn’t be surprised if it was to be featured on the album cover.

“Asthma Attack”, a bittersweet love letter to her hometown London, ticked all the right boxes for what I look for in a great pop song. This is the third single in a row of hers that I thoroughly enjoyed. Hattrick! Anita Bay really has a knack for singsong choruses and lush harmonies, and I like the contrast between her warm voice, the uplifting melodies and the slightly cynical and morose quality of her lyrics. I guess she can be a bit hard for the public to grasp, but I’m totally on her team. Her long-awaited debut album “Adulthood” will finally see the light of day on May 23 in the UK. See the video for her previous single “Hold On To Your Misery” after the jump, and download an excellent balearic remix by Lissvik.