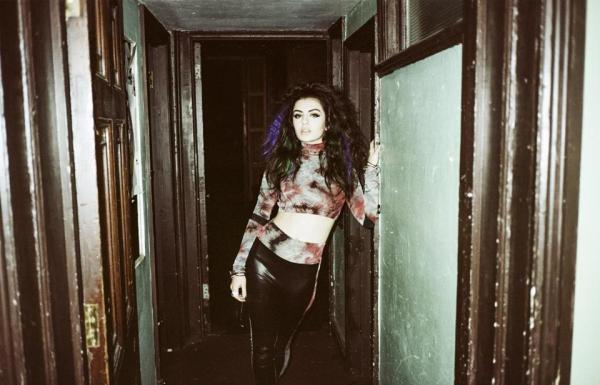 Sneaky Charlotte Aitchison! Apparently a brand new Charli XCX track has been officially out since May, but no one noticed because she is uncredited! “Smile” is her collaboration with British dubstep producer Benga, and for unknown reasons, it was quietly put on his second album “Chapter II” without her name on it. The track sees her momentarily away from her brand of Tumblr-pop to a more commercial, radio-ready crossover sound, but the vocals are unmistakably hers, down to the infectious cheerleading chants “C.R.Y.S.T.A.L. LOVE.” It’s an above average addition to Charli’s list of collaborations, among those with Alex Metric and Starkey (and of course, that obscure Icona Pop one). Though as I took a glimpse at the Benga album tracklist, it is strangely missing a couple singles he released last year, so there might be more to this story behind the scenes…
Stream the track below and tell me what you think!

Keeping up with Charli XCX-related news, her debut album “True Romance” is without a doubt one of my favorite pop releases of 2013 so far. I had my reservations about it at first, but it eventually grew on me. At the moment, the track I keep coming back to is “Set Me Free (Feel My Pain)”, which needs to be a single at some point. 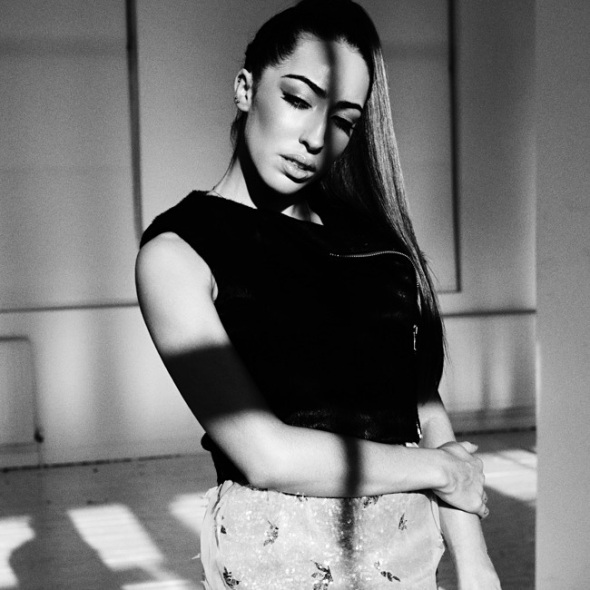 Tove Styrke proves that Swedish popstars are not above Western sales-boosting tactics, by adding a rapper feature for the single version of “Bad Time For A Good Time”. However, it’s one of the rare cases where the amped up version is actually an improvement on the original. Even though I never heard of this Gnucci Banana before and she gives me unpleasant Karmin vibes, she did a good job of giving more oomph to the track. Tove’s vocals on the album version sounds too polite to match the brattiness of the production. Is it me or is this more of an Icona Pop song? This suits them down to a tee, considering both Tove and Icona Pop share the same producer Patrik Berger. Check out the budget music video below, and stream the original version after the jump.

END_OF_DOCUMENT_TOKEN_TO_BE_REPLACED

Reworking and sampling ’00s r&b hits into abstract electronic loops is the trend du jour in the postdubstep world nowadays. British bedroom producer Memotone is the latest to join the bandwagon, by recontextualizing Aaliyah‘s Timbaland-produced stone cold classic “Try Again” into a beat-heavy, cowbell-adorned number, while still retaining some of the hip-hop flavor. And it’s surprisingly replayable. The chipmunk pitch shifts are expected, but the drumwork here is really impressive. It couldn’t be released at a better time, as today would have been her 33rd birthday. Sometimes I do wonder how different the R&B scene would be if she were still around…

Emeli Sandé‘s debut single “Heaven” gets a moody rework from pop-noir duo Alpines. It’s suitably nocturnal, with a dubstep flavor. I really like it better than some of the official remixes, actually.

Emeli Sandé’s forthcoming album “Our Version Of Events” was one of my most anticipated for 2012, until PopJustice’s review got me worried. Her next single, “Next To Me”, does not wow me the way “Heaven” & “Daddy” did. Regardless, I look forward to a thorough listen soon.

More on Alpines.
More on Emeli.

London-based AlunaGeorge is the latest on my list of favorite up-and-coming pop acts. Even though their new single has been knockning about since last summer, I only discovered it recently. “You Know You Like It” is a sexy, slinky piece of post-dubstep R&B, a firecracker loaded with infectious hooks that will get stuck in your head for days. Aluna Francis’ voice is a cool mixture between Santigold and Martina Topley-Bird, and to me they sound like a modern-day Moloko, which is always a good thing in my book. 2012 will see the release of their debut album, so hopefully they’ll have some more ace tunes up their sleeves. I highly recommend them if you like Little Dragon, Katy B… or have a thing for boy/girl electro duos. They’ve also been doing some high-profile remixing work, including one for Lana Del Rey which you can download right below.

Watch the video.
Buy the single.
More on AlunaGeorge.

UK’s pop-noir duo Alpines have joined forces with DJ/producer Maya Jane Coles for a spooksome cover version of Carly Simon‘s 1980 hit “Why”. They managed to turn the sunny reggae-lite original into a strictly nocturnal, bass-heavy trip. Expectedly, it’s moody and dark, but still quite danceable.

There’s no word yet on whether the cover will see an official release soon, but for now, in case you’re not yet familiar with the duo’s work, start with “Cocoon” or “Drive”. Check out the video for their most recent single “Cocoon” after the jump.