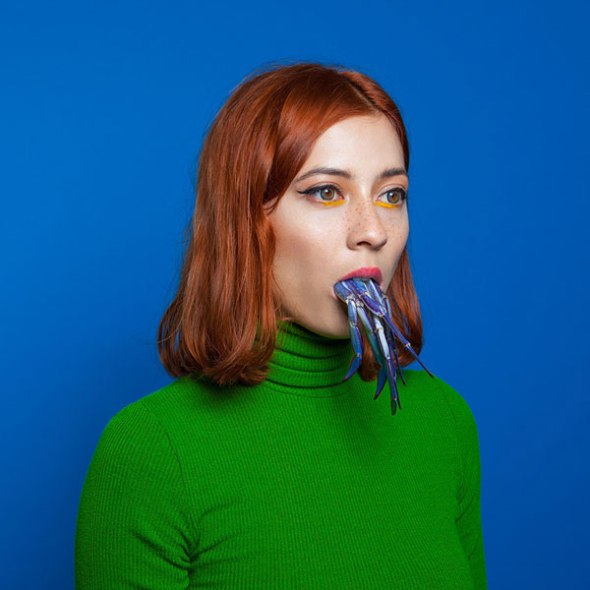 Ever want to hear a Björk song covered through a David Lynch filter? For 20-year-old Aussie singer/songwriter Georgi Kay has done exactly that. Choosing to reinterpret the Icelandic songstress’ 1997 single “Jóga”, she adds a touch of tranquility and road trip melancholia to the song. It’s a sparse, beautifully understated reading, and her voice reminds me of fellow Australian artist Sarah Blasko. I first heard the cover on “Top of the Lake”, a Sundance/BBC miniseries in which Georgi herself played a supporting role, and it sent chills down my spine.

Georgi, to my surprise, already had a big club hit down under, featuring on Ivan Gough & Feenixpawl’s “In My Mind” , which I used to hear all the time not knowing who the vocalist was. She also recorded her own stripped down version of it, which was released on 7″ vinyl for Record Store Day this year.

STREAM: Georgi Kay – In My Mind

Georgi Kay may take hairspiration from Frankie Cocozza, but don’t hold it against her. She’s already signed to Parlophone in the UK and is in London recording, so do expect to hear more from her soon.

Buy her version.
More on Georgi. 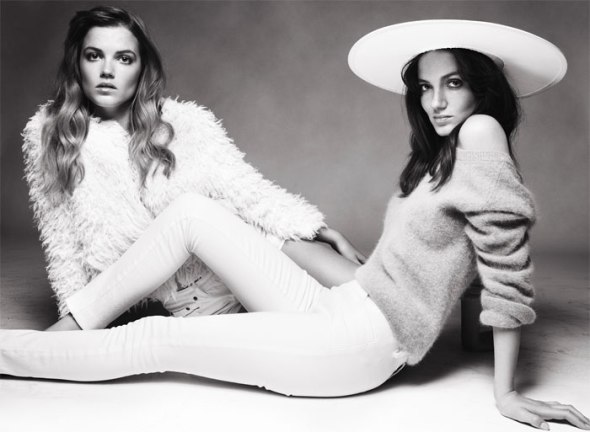 Mysterious Aussie/Swedish twin duo Saint Lou Lou managed to win me over with just one perfect little gem of downtempo dream-pop. “Maybe You”, their first and only song to date, is a sublime synth-pop ballad with an ’80s-indebted ‘quiet storm’ vibe. It’s melancholy yet hopeful, subdued yet tender. It’s the kind of track you can imagine yourself hearing on the radio in the back of a taxi cab on a rainy late-summer night. In fact, I’m surprised they didn’t add thunderstorm sound effects to the intro, so I guess I’ll make do with an open tab of Rainymood.com.
The music video is a gorgeous, sensually-shot black-and-white slo-mo affair. Watch it below, and check out some excellent remixes after the jump.

END_OF_DOCUMENT_TOKEN_TO_BE_REPLACED

Potential summer blog hit alert! Aussie indie duo Gypsy & The Cat are back with a brand new single “Sorry”. And if you expect more sun-kissed, feel-good, catchy hipster-pop, you won’t be disappointed. File this under the same category which the likes of MGMT, Passion Pit and Miike Snow frequent. A music video for the track has just been released, and you can see it here if you don’t mind a bit of gross-out weird-for-the-sake-of-being-weird humor.

When Lykke Li was on tour down under, she popped by Triple J HQ for an acoustic live session. For the station’s “Like A Version” segment which is basically an Aussie version of Live Lounge, she delivered a haunting cover of The Righteous Brothers‘ 1965 classic “Unchained Melody”. The perennially brooding Swede’s got that uncanny ability to sing like she’s alone in a cavernous cathedral, even if she’s just sitting comfily in a studio. With this melancholy performance, Lykke has officially joined the Melody cover club, previously inhabited by the likes of Gareth Gates, Clay Aiken and Air Supply. I quite like how she bluntly answered “No” when asked if she likes the movie “Ghost”. Lykke’s got no love for claymaking doomed lovers! Listen to her version below, and grab it for free if you like.

Last week, Mark Ronson & The Business Intl‘s member Rose Elinor Dougall mysteriously asked for Australian cover suggestions on Facebook. It turned out it was for Triple J’s “Like A Version” feature, and apparently rather than choosing a random SAW-era Kylie song “for the LOLZ”, the band took the cool route and covered Tame Impala’s “Solitude Is Bliss”, which by itself is a great swirling psych-pop jam. Rose and Andrew Wyatt (Miike Snow) took charge of the vocals. Listen to their take below, and get a bonus cover of Alicia Keys’ “Try Sleeping With A Broken Heart” featuring MNDR done for Live Lounge last year after the jump.