More than a year ago, a song called “Human Love” was uploaded on Sunday Girl‘s Soundcloud account, and then quickly removed, as the tentative single got cancelled. I was among the few lucky ones who got to hear it before it got pulled, and it remains one of her finest tunes. Fast forward to 2012 and she’s still stuck ‘in development’, bar from the sporadical one-off singles. Then a few days ago, a new version of the song magically appeared on Soundcloud. Apparently, it was put online by the management company of producer/mixer Adrian Hall, who worked on it. It’s unclear whether this mix is recent or not, but it does have different vocals, and a more ‘serious artiste’ rock edge. This is about as close as we get to something new from Ms. Jade. Check it out below.

And the wait continues…

Chrysta Bell is David Lynch‘s mysterious new muse, who self-released her debut album “This Train” in 2011. Even though her new video for album cut Bird Of Flames was not directed by Lynch, it certainly shares a few thematic influences. It’s an otherworldly, colorful, sensual cabaret performance piece that’s a perfect visual match for the song, which I would describe as ‘Goldfrapp goes android’ – eerie, hypnotic, trippy, late-night mood music. If the production reminds you of Lynch’s own “Crazy Clown Time” stuff, you’re not far off since the auteur did produce it indeed. Have a peek at the beautiful video below.

Buy her music.
More on Chrysta. 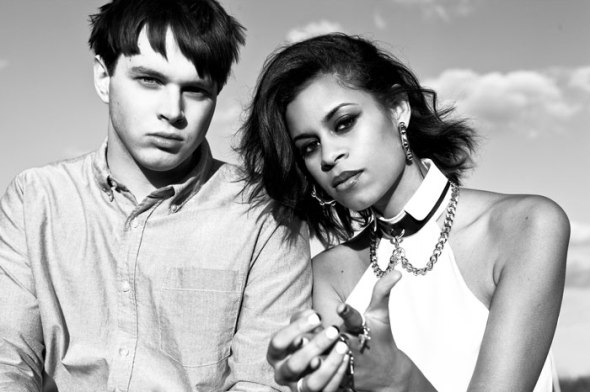 UK future-pop duo AlunaGeorge just unleashed their next single “Your Drums, Your Love”, and oh my god is it brilliant! It instantly won me over upon first play, with its pre-millenial R&B vibes, pitch-shifted vocal samples, heavy bass and some chiiill rhodes. It’s actually not a world away from Ellie Goulding’s output, either. I notice they are now signed to Island, which is good news.

Love, love, love this. Now onto my nth listen.

STREAM: AlunaGeorge – Your Drums, Your Love

“Your Drums, Your Love” is out on October 7.

Spector have gone ‘EDM’! In a somewhat unexpected move, the band got Benny Benassi to remix their fantastic single “Never Fade Away”, and the result is quite massive. It’s proper hands-in-the-air rave o’clock, with those post-chorus rave-off-your-tits bits so popular with the kids nowadays. I think this could easily pull a “Spectrum via Calvin Harris” with decent airplay.

But no worries, they got your ‘IDM’ bases covered too, by enlisting Wolfgang Voigt, co-founder of cool German techno label Kompakt, to give his own sprawling synth-laden take on the track. It’s safe to say Voigt certainly has the motorways in mind. Or shall we say autobahns?

Spector’s excellent debut album “Enjoy While It Lasts” is out this week in UK, and if you enjoy anthemic indie rock of the early noughties’ kind, check it out.

Buy the album.
More on Spector.

REMIXED: Kate Bush’s “Running Up That Hill” Remixed For Olympics

Last month, rumours surfaced that the Kate Bush had filmed a video for a new version of “Running Up That Hill” with Jude Law for London 2012. It turns out those weren’t untrue at all! A “2012 Remix” of the ’80s classic has just been released digitally today. The new mix actually isn’t all that different from the “12 mix, which is a relief as it’s perfect the way it was, but the sheer prospect of Kate Bush possibly performing on the Closing Ceremony is too good to be true. I guess we have to tune in tonight to find out. In the meantime, check out the RUTH ’12 update below.

Buy the single on iTunes.
More on Kate.

Potential summer blog hit alert! Aussie indie duo Gypsy & The Cat are back with a brand new single “Sorry”. And if you expect more sun-kissed, feel-good, catchy hipster-pop, you won’t be disappointed. File this under the same category which the likes of MGMT, Passion Pit and Miike Snow frequent. A music video for the track has just been released, and you can see it here if you don’t mind a bit of gross-out weird-for-the-sake-of-being-weird humor.

Lana Del Rey‘s world has been certainly busy lately, what with the touring, fronting H&M fall campaign, readying the “Paradise Edition” of Born To Die, not to mention spoiling fans with countless leaked demos. Meanwhile, I’m digging this breezy eastern-flavored hip-hop Cashmere Cat remix of “National Anthem” – which in its original form is a major summer anthem on all counts. Now how about some more US tour dates Lana? 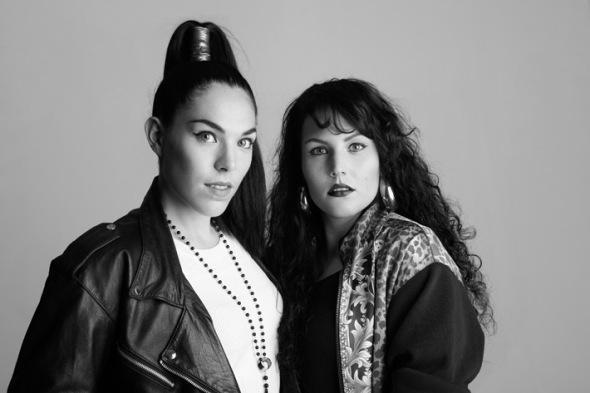 It is quite sad to hear that War Of Words are no more. The protégés of Ben Langmaid (aka La Roux’s other half), the short-lived British alt-pop duo only managed to put out 2 songs (4, if you count the remixes) on the Popjustice Hi-Fi label before finally calling it a day. And such good songs they were. “Battleground” is my favorite out of the two. Despite being an umpteenth attempt at recreating another “Unfinished Sympathy”, it was a well-written heartfelt tune that showcased their soulful ’90s dance-diva throwback sound best. I always thought the girls had raw potential not fully realized yet. While they certainly have fantastic powerhouse pipes, I wasn’t entirely convinced on their image: they didn’t have a conventional malleable pop-star look, but didn’t find a quite right styling either, and they seem to have zero presence in their videos (which I’m not sure is premeditated or not). Still, it was clear the band was still in the early stages and I was genuinely waiting for more to come. It’s a shame we lost yet another promising but ill-fated female pop duo (RIP Mini Viva, Oh My!). Hopefully, we’ll still have Icona Pop to root for…

More on War Of Words.
Buy their music.