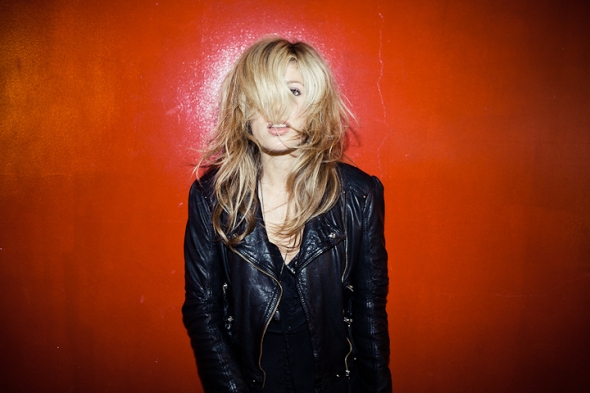 Jessie Baylin is one of those singers/songwriters whose names I recognize despite never really listening to the music. Even though her track “Hurry Hurry” has been out since 2010, it’s now pushed as the lead single promoting her new album “Little Spark”. The Richard-Swift-produced track has a gorgeous ’60s pop arrangement with strings, harp and ghostly backing vocals. It’s a laidback, dreamy tune that should make a nice addition to your rainy days playlist. For the music video, Jessie enlisted childhood friend Scarlett Johansson as the director. The video is an understated affair, a one-take shot of Jessie slo-mo walking on rain-streaked Manhattan Bridge with an occasional change of saturation and effects. For a song called “Hurry Hurry”, she sure moved at a leisurely pace!

This entry was posted on January 29, 2012 by poplabyrinth. It was filed under Alternative, Indie, Indie Pop, Jazz, Mp3s, Music Videos, New Singles, Pop, Singer/Songwriter, US and was tagged with jessie baylin.