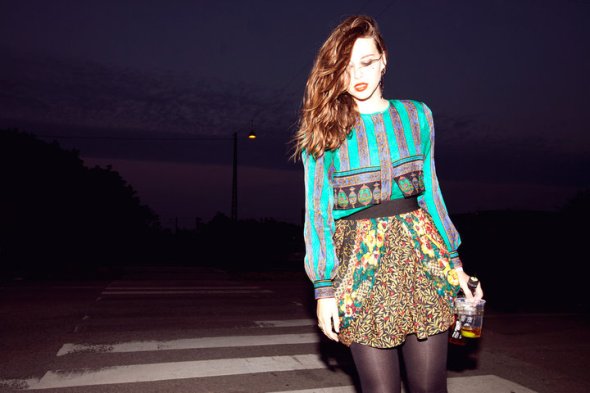 Danish songstress Fallulah stopped by Dermot O’Leary’s show on BBC Radio 2 yesterday to perform a live session, which included a special folky rendition of Yeah Yeah Yeahs’ “Gold Lion”. I never thought about how the song would sound like with banjos and accordions, but she and the band did a splendid job covering it! Apparently, her debut UK single is “I Lay My Head”, out in late August, and the album “The Black Cat Neighbourhood” should follow by next year, even though it’s been out in Denmark for a while now. She said she’s not even signed in Britain yet, but I suppose this will be rectified soon. Stream/download the cover below, and check out two of her latest videos after the jump.

Her most recent music video for “Out Of It” has her follow where the wild things are. Stay for a rather adorable ending.

And the video for “Bridges” is also a strong favorite of mine, chock-full of amazingly weird moments. The track is ebullient, quirky pop, like a lovechild of Fever Ray and Lykke Li. Mark my words, this track shall be her “big one”.