NEW VIDEO: Yuksek – On A Train

Yuksek happens to be one of those trendy “blog house” acts whose name I saw all the time, but really don’t know that much about. With that said, I recently stumbled upon the music video for the French DJ’s latest single, “On A Train”. It’s a brilliant one with a clever concept, and ace visuals to match. It also reminds me of a certain other train-based video. Songwise, the track’s a pop-oriented French-electro stomper, with an euphoric rollercoaster of a chorus. Seriously, please take a peek below.

That was cool, wasn’t it.

Yuksek is known for his high-profile remixes for people like Lady Gaga, Phoenix, Gossip & M83. His second album, “Living On The Edge Of Time”, will arrive on June 13. This time, I should be paying close attention.

Yuksek – On A Train

On A Train EP is out now digitally (but not in the US just yet).
More on Yuksek.

The latest to join UK’s new wave of pop inspired by the ’90s, vocalist Jess Mills seems to opt for a new spin on the pulsating, melancholy sound of late-’90s trip-hop. She previously sang on Breakage‘s dance hit “Fighting Fire”, and has since been working with the dubstep producer for her album. Her debut single “Vultures” is a piece of atmospheric, dark but subdued electronic pop, a grower that guarantees repeated listens. It’s a fitting soundtrack, should you decide to take one of those contemplative walks in desolate streets at night. For remixes, she managed to recruit all the familiar names of yesteryear: Photek, Nu:Tone & MJ Cole. You can download MJ Cole’s soothing dubstep take below, though the Photek mix is probably my favorite of the bunch. I’m anxious to hear more from her, because… let’s face it, people, it’s about time for a new Dido (and I mean that in a good way!). Watch the suitably moody video for the track, then stream her cover of The Cure’s “A Forest” after the jump.

END_OF_DOCUMENT_TOKEN_TO_BE_REPLACED 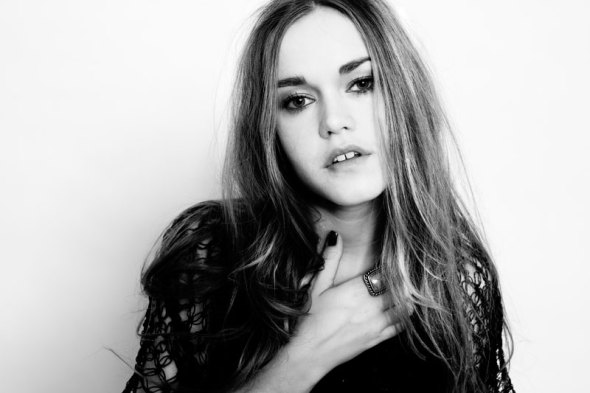 I was rather excited to learn that Swedish indie-pop label Labrador just signed a new female act, and they did not disappoint. The 16-year-old Amanda Mair possesses a voice mature beyond her years. My first thought was that Stuart Murdoch (Belle & Sebastian frontman) would kill to get her on his God Help The Girl project, as her voice is right up his street. She also uncannily looks like the splitting image of Anna Paquin. Mair’s debut digital single, the piano-led “House”, is a lovely taste of what’s to come. I do hope it won’t take her too long to record the album, because I’d really like to hear more from her.

“House” the single is out on June 8th.

Freshly signed to Mute, UK’s boy-girl duo Big Deal got me hooked with just one simple yet brilliant track. “Homework”, their debut single, is a pristinely beautiful acoustic track, very much in the same vein of Kings Of Convenience. It’s the perfect song for a lazy spring afternoon. The gorgeously-shot video certainly helps, too. I like the teen angst angle in their lyrics, and the intimate, minimalist approach brings to mind The XX, or a lightweight Raveonettes. So far, they have released a couple limited vinyl singles, all of which sounds really nice. If they can find the right balance between the acoustic and the fuzz for the album, they might very well become one of my favorite new acts. Watch the video for “Homework” below, and download a b-side, “Locked Up”, after the jump.

END_OF_DOCUMENT_TOKEN_TO_BE_REPLACED

The future of Hooverphonic seemed uncertain when their lead singer, Geike Arnaert, left the band in 2008. I thought the Belgian band would have just thrown in the towel, but they moved along with a new, younger vocalist, Noémie Wolfs, and released their seventh album, “The Night Before”, late last year. I heard the title track/lead single, thought it was quite nice, but it didn’t fully compel me. Noémie is a good singer, and it’s unfair to compare her with Geike. However, their new single, “Anger Never Dies”, is probably their best song in a while. It’s the James Bond theme that never was, with Morrissey-lite lyrics and a gorgeous string breakdown. Surprisingly, the album is actually a rich, cohesive listen of dramatic, sumptuously-arranged orchestral pop. It is a great mood album for an evening if you’re into that sound. While not exactly new territory for them, it certainly is much better than their last one with Geike. Thanks to the new blood, it looks like they still have life in them yet. Listen to the track, watch the video, and hear their cover of White Lies’ “Bigger Than Us”, done for a radio show. They turned White Lies’ illusions of grandeur into a lovely ballad.

See Noémie in motion, and stream the entire album after the jump.