First of all, let’s give a collective sigh for the tragedy that was Mutya Buena‘s solo career. Remember when the prospect of the ex-Sugababe’s solo material seemed so exciting? Then she had to ruin it with a stinker of a debut album that got her dropped, and her stint on Celebrity Big Brother made little impact to revive her career. What rubbed salt in the wound was that her absolutely amazing collaboration with Groove Armada, “Song 4 Mutya”, should have been what her solo materials sounded like – edgy, cool electropop. Anyways, that’s all water under bridge now. I’m just really glad to finally hear something new from her that’s not random mediocre hip-hop/dance collaborations. She’s recently contributed her vocals to “The Sound of Camden” project, singing trip-hop-ish covers of Rolling Stones, Nirvana, U2, Pixies, A Flock Of Seagulls and Radiohead. Even though I find the production a bit uninspired and generic, I realize how much I missed that unique, frosty tone of her voice. Let’s keep rooting for that Sugababes V1 reunion, then… Check out her cover of “Creep” below. For UK folks, the album is out digitally now.

She once sang a beautiful cover of Tracy Chapman’s “Fast Car”, too.

Buy the album.
More on The Sound of Camden. 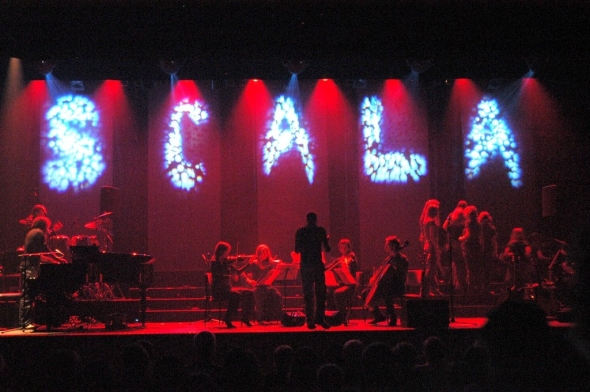 Thanks to the appropriate use of their Radiohead “Creep” cover in “The Social Network” trailer, the Belgian female choir’s profile has skyrocketed overnight. Scala & The Kolacny Brothers are now freshly signed to an American major label, and their first US release is “Dawn”, a digital EP featuring, of course, “Creep”. However, in their home country, a brand-new album, “Circle”, was released back in May. It features more ethereal, heartfelt renditions of songs like Coldplay’s “Viva La Vida”, Alanis Morrissette’s “Ironic” and Kings of Leon’s “Use Somebody”. Now I never really liked that Kings of Leon track much in the first place, but Scala’s version made me gain a newfound appreciation for it. If you’re already familiar with Scala, then you’re in for more of the same. They’re kinda like Nouvelle Vague for me, I know it’s unlikely they ever change but I still remain a fan. The cover picks this time are a bit on the safe side, though. I like it when they do the fun pop numbers like Kylie, Garbage, Wheatus, or the not-obvious but right-on brilliant ones like Bjork’s “Joga” or Damien Rice’s “The Blower’s Daughter”. Check out 2 highlights, and see the tracklist after the jump.

END_OF_DOCUMENT_TOKEN_TO_BE_REPLACED

As a big fan of dubstep producer Burial, I believe that his 2007 remix of British soul-crooner Jamie Woon’s “Wayfaring Stranger” was definitely among his best works. After 3 years, the two finally went ahead and collaborated on a full-on, more pop-oriented but still dubstep-influenced sound. And the result is nothing short of amazing. Jamie Woon’s brand new Burial-produced single “Night Air” is one of the freshest, most brilliant electronic singles I’ve heard this year. It’s the essential mood music for this weather. Burial’s crispy beats and atmospheric production perfectly complement Woon’s soulful vocals. His way of delicately enunciating every word really accented the introspective, wistful mood of the song, while getting too mushy. That final beat switch is just… wow.

The video for the track finally premiered today, and it’s exactly how I envision it should be. It makes me want to walk through the woods while pensively look into the distance. Together, Woon and Burial can really get where Massive Attack used to be. I’d love a whole album of this, please.

Watch the gorgeous video, stream the excellent Ramadanman remix, or get the old “Wayfaring Stranger” remix after the jump.

END_OF_DOCUMENT_TOKEN_TO_BE_REPLACED

She’s Danish, she’s kooky, and she makes delightful eclectic pop songs. Fallulah‘s music is like a mix of Jenny Wilson, Lykke Li, and Fever Ray rolled into one. She caught my attention after I saw the beautiful Martin-De-Thurah-directed music video for her new single “Give A Little Love”. The track ticks all the right boxes for me, with its pulsating handclaps, glockenspiels, and spiralling double-choruses. Her debut album, “The Black Cat Neighbourhood”, came out back in February in her home country, where “I Lay My Head” was her previous single. It appears I’m “a bit” behind, then! I’ve looked up her other videos on Youtube, and they’re just as good. She is definitely one to watch out for.

MP3: Fallulah – Give Us A Little Love